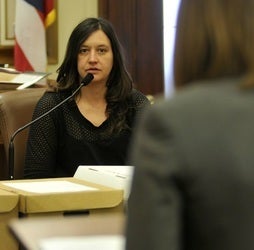 The Judge awarded Amy Palmer $35,167 from her husband's 401K at Hewlett Packard. Amy, a now-single mother of three really needed the money, and she needed it quickly.

Amy's Dallas divorce lawyer waited for six months to send the 401K QDRO to HP for approval. (See our discussion of the  QDRO Approval Process ). He should have sent it the same day the QDRO was signed.

Imagine everyone's surprise when the Plan Administrator rejected the QDRO because there was no money in the account!

Amy's lawyer sent the QDRO to HP in six months.

Do you have a retirement or QDRO problem? Contact us. Maybe we can help you like we helped Amy.

Judge Hernsberger has practiced family law in Texas for over 30 years as a Board Certified Specialist in Family Law and Judge of the Family Court in El Paso, Texas. He has tried dozens of jury trials to verdict, thousands of bench trials to verdict, mediated hundreds of family law disputes, and a...

Thank you for contacting us. We will get back to you shortly.

Please complete all required fields below.

Hernsberger Law Firm is committed to answering your questions about Family Law and QDRO Law issues in Houston, Texas.

We'll gladly discuss your case with you at your convenience. Contact us today to schedule an appointment.