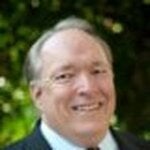 Judge Hernsberger has practiced family law in Texas for over 30 years as a Board Certified Specialist in Family Law and Judge of the Family Court in El Paso, Texas. He has tried dozens of jury trials to verdict, thousands of bench trials to verdict, mediated hundreds of family law disputes, and appealed numerous cases to the appellate courts of Texas.

Since leaving the bench Judge Hernsberger has limited his practice to the preparation of QDROs for lawyers in all 50 states as well as post-divorce litigation and appeals involving QDROs across the state of Texas.

Thank you for contacting us. We will get back to you shortly.

Please complete all required fields below.

Hernsberger Law Firm is committed to answering your questions about Family Law and QDRO Law issues in Houston, Texas.

We'll gladly discuss your case with you at your convenience. Contact us today to schedule an appointment.